Who Is Rich Roll?

Rich Roll’s transition to world-recognised athlete started when at 40 he realised his health was being threatened by a poor lifestyle than involved use of alcohol and other drugs, poor diet and inactivity. Unable to climb his stairs, he adopted a whole food vegan diet and began to train.

His objective was to enter and ultramarathon, which is based on a 2.4 mile swim, 112 mile cycle and marathon (26.2 mile) run. Unable to secure a place, Rich managed to gain entry to Ultraman 2008, a three day event based on Ironman in which distances are doubled. With only 6 months training he recorded the second fastest swim and finished 11th overall. In later years he returned to record improved performances. 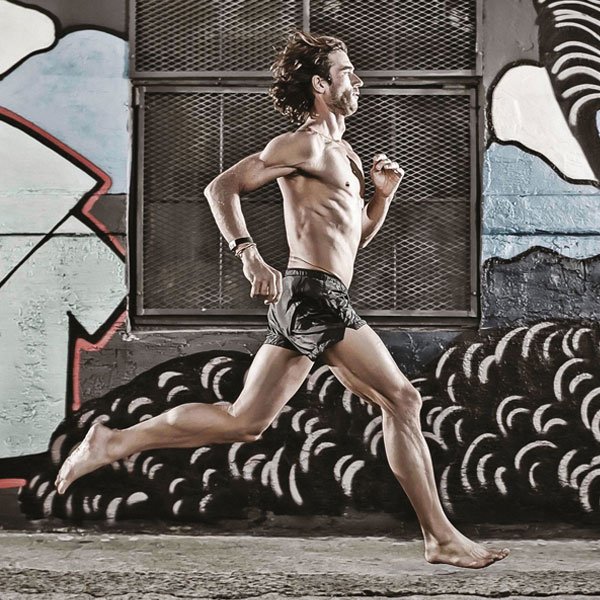 Rich has been vegan since 2006, and was awarded the title of one of 2009’s  ’25 Fittest Guys in the World’ by Men’s Fitness Magazine. He is best known for his participation in the Ultraman World Championships, which involves a 6.2 mile swim, 261.4 mile cycle and 52.4 mile run over 3 days. In 2008 he recorded the second fastest time for the 10 km swim, beating many professional athletes and finishing 11th overall. In 2009 he won the swim and the first day, finishing 7th overall.

PURPOSE: To assess the effect of Cordyceps sinensis (Cs-4) on the exercise capacity of healthy elderly people in a randomized, double-blind, placebo-controlled trial.

METHODS: Thirty-seven healthy, elderly Chinese subjects were randomly assigned to receive either Cs-4 (3g/day) or identical placebo capsules. Their exercise performance was tested before and after 6 weeks of treatment with a symptom-limited, incremental work rate protocol on a cycle ergometer. Maximum oxygen uptake (VO2max) was measured using a metabolic chart. Anaerobic thresholds (VO2 q ) were identified by two observers using plots of both VCO2 vs. VO2 and VE/VO2 vs time.

From The Man Himself

“I have experienced tremendous success incorporating this mushroom extract into my daily regimen – again by adding it to both my pre- and post-workout blends.  You may have never heard of cordyceps, but my prediction is that it will not be long before this superfood will find it’s way into many new food products aimed at the athlete market – so this is your call to get ahead of the curve.  I have been using Cordyceps for the last two years, I can personally attest to their benefit in my training and racing.  In fact, I’m an evangelist!” Rich Roll.

So if you want a little edge in your physical performance whether it be in running, swimming or ridding your bike up hill after to giant hill like Lance Armstrong (but legally) or just want to improve your overall energy levels why not give Cordyceps a try.

Here at Vitalherbs we are very pleased to of found a organic Cordyceps extract powder that is not only 100% organic and rich in all the essentials such as cordycepin, polysaccharides and beta d glucans, but is also made from the fruiting body of the Cordyceps Militaris fungus.

We believe that keeping things as close to how nature intended is of paramount importance so our organic Cordyceps extract powder is grown on silk worm larvae. To maintain, as much as we can, how it would have grown if in its natural state.