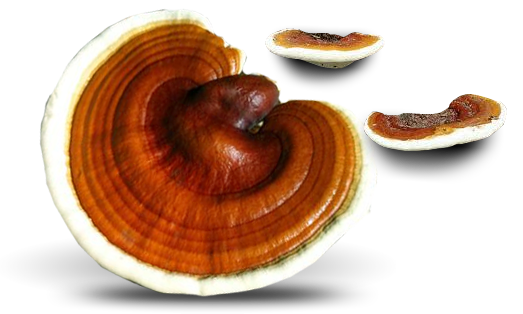 Per the department of Biochemistry of the Central University of Caribe in Puerto Rico, a September 2, 2012 research absctract indicates promising results on the role of ganoderic acids in the fight against breast cancer. Inflammatory breast cancer is the most lethal and lease understood form of advanced cancer. Its strenght originates from its ability to invade the lymphatic system and absence of palpably tumor mass.

Characteristics from other metastatic breast cancer, inflammatory breast cancer (IBS) spread by forming tumor spheroids that retain E-cadherin based cell to cell adhesions. They studied the potential of the medicinal mushroom reishi ganoderma lucidum as a strong candidate for an anti-IBS therapy. Reishi contains biological compounds that are cytotoxic against cancer cells. They report the effects of Reishi on viability, apoptosis, invasion, and its mechanism of action in IBC cells. Results show that Reishi selectively inhibits cancer cell viability although it does not affect the viability of noncancerous mammary epithelial cells. Apoptosis induction is consistent with decreased cell viability. Reishi inhibits cell invasion and disrupts the cell spheroids that are characteristic of the IBC invasive pathology. Reishi decreases the expression of genes involved in cancer cell survival and proliferation , and invasion and metastasis, whereas it increases the expression of IL8. Reishi reduces cancerous protein expression and gelatinase activity. These findings suggest that Reishi seems to be an effective anti-IBC therapeutic treatment.

The department of biochemistry and molecular biology at the New York Medical College recently published a study the effect of reishi polysaccharides and triterpenes on ovarian a specific cancer cell OVCAR-3. Reishi is a medical mushroom also known as Ganoderma lucidum, which has been used in traditional Chinese medicine for more than 4,000 years and moreover, due to its presumed health benefits and apparent absence of side-effects it has also been widely consumed as a dietary supplement by cancer patients and by individuals diagnosed with various chronic diseases. The reported benefits of Ganoderma lucidum may be largely ascribed to its biologically active constituent polysaccharides and triterpenes known as ganoderic acids having structural similarity to steroid hormones. Laboratory studies have shown that Ganoderma lucidum enhances immune functions and also inhibits growth of various cancer cells both in vitro and in vivo. However, the mechanism by which Ganoderma lucidum exerts its chemopreventive activities remains unknown. In this study, the researchers investigated whether Ganoderma lucidum elicits its anti-tumor effects by suppressing cell growth and inducing antioxidative/detoxification activity in human ovarian OVCAR-3 cells. The results showed that Ganoderma lucidum inhibits cell growth and disruption of cell cycle progression via down regulation of cyclin D1. Chemopreventive activities elicited by Ganoderma lucidum were demonstrated by the induction of antioxidant SOD and catalase as well as the phase II detoxification enzyme quinone oxidoreductase and glutathione S-transferase P1 via the mediated signaling pathway known to provide chemoprotection against carcinogenicity. These findings indicate that Ganoderma lucidum possesses chemopreventive potential contributing to its overall health effects and further suggest that Ganoderma lucidum may have clinical applications as an adjunct supplementary agent in chemotherapy.

The school of nursing from the Honk Kong polytechnic University is reporting a double-blinded study of the effect of reishi on health and aging. Reishi (Ganoderma lucidum) is a woody mushroom highly regarded in traditional medicine and is widely consumed in the belief that it promotes health and longevity, lowers the risk of cancer and heart disease and boosts the immune system. However, objective scientific validation of the putative health benefits of Reishi in human subjects is lacking, and issues of possible toxicity must be addressed. The double-blinded, placebo-controlled, cross-over intervention study investigated the effects of 4 weeks Reishi supplementation on a range of biomarkers for antioxidant status, CHD risk, DNA damage, immune status, and inflammation, as well as markers of liver and renal toxicity. It was performed as a follow-up to a study that showed that antioxidant power in plasma increased after Reishi ingestion, and that supplementation was associated with a trend towards an improved CHD biomarker profile. In the study, fasting blood and urine from healthy, consenting adults ( 18; aged 22-52 years) was collected before and after 4 weeks supplementation with a commercially available encapsulated Reishi preparation such as GanoPrime (1.44 g Reishi; equivalent to 13.2 g fresh mushroom) or placebo. No significant change in any of the variables was found, although a slight trend toward lower lipids was again seen, and antioxidant capacity in urine increased. The results showed no evidence of liver, renal or DNA toxicity with Reishi intake, and this is reassuring. The study of the effects in healthy, well-nourished subjects provides useful, new scientific data that will support controlled intervention trials using at-risk subjects in order to assess the therapeutic effect of Reishi in the promotion of healthy ageing.

Triterpenes from Ganoderma Lucidum induce autophagy in colon cancer through the inhibition of mitogen-activated kinase.

Additional research were performed to better understand the interaction of cancer cells and triterpenes in Reishi. Methodist Research Institute in Indianapolis published such investigation. Medicinal mushroom Reishi Ganoderma lucidum is one of the most esteemed natural products that have been used in the traditional Chinese medicine. They attempted to demonstrate that Reishi Ganoderma Lucidum triterpene extract (GLT) suppresses proliferation of human colon cancer cells HT-29 and inhibits tumor growth in a xenograft model of colon cancer. These effects of GLT are associated with the cell cycle arrest at G0/G1 and the induction of the programmed cell death Type II-autophagy in colon cancer cells. It is found that GLT induces formation of autophagic vacuoles and upregulates expression of Beclin-1 (1.3-fold increase) and LC-3 (7.3-fold increase) proteins in colon cancer cells and in tumors in a xenograft model (Beclin-1, 3.9-fold increase; LC-3, 1.9-fold increase). Autophagy is mediated through the inhibition of p38 mitogen-activated protein kinase (p38 MAPK) because p38 MAPK inhibitor, induces autophagy and expression of Beclin-1 (1.2-fold increase) and LC-3 (7.4-fold increase), and GLT suppresses phosphorylation of p38 MAPK (approximately 60% inhibition) in colon cancer cells. Taken together, the data demonstrate a novel mechanism responsible for the inhibition of colon cancer cells by Reishi ganoderma lucidum and suggest it as a complementary natural product for the treatment of colon cancer.

From the department of Endoscopy at the Hiroshima University Hospital in Japan, water-soluble extract from a cultured medium of Ganoderma lucidum is one of the reishi extracts that has been reported to show have exhibit cancer-preventive effects in the animal studies. To confirm cancer-preventive effects of it, we performed a no-treatment concurrent controlled trial on patients with colorectal adenomas. Patients who were determined to be carrying colorectal adenomas by colonoscopy were enrolled in this study. Patients in the study group took the extract (1.5 g/day) for 12 months. Follow-up colonoscopy was performed after 12 months, and the colonoscopists recorded the size, site and macroscopic type of all adenomas. Among 123 patients who enrolled in the study group, 96 eligible patients completed the trial. The 102 eligible patients in the no-treatment control group were selected randomly from our department’s patients. The changes in the number of adenomas up to 12 months increased to 0.66 +/- 0.10 (mean +/- SE) in the control group, while decreasing in the MAK group to -0.42 +/- 0.10 (p less than 0.01). The total size of adenomas increased to 1.73 +/- 0.28 mm in the control group and decreased to -1.40 +/- 0.64 mm in the MAK group (p less than 0.01). The results suggest that reishi extract suppresses the development of colorectal adenomas – precancerous lesions of the large bowel.