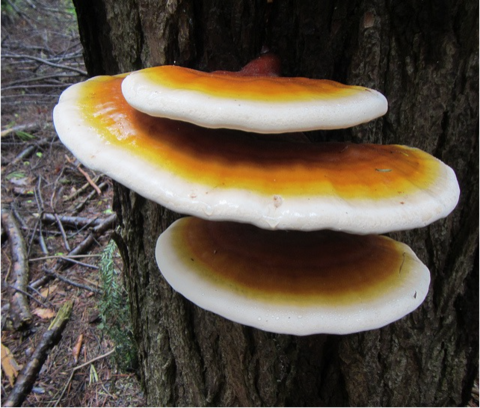 Reishi mushroom extracts may, by restoring youthful immune strength and balance, add as many as 7 to 16 years to the human life span!

Immunosenescence refers to the gradual deterioration of the immune system brought on by normal aging.

This immune impairment involves the loss of our ability to combat infections and cancer, and to mount an antibody response even to vaccinations.

Immunosenescence is ubiquitous and a major contributory factor to increased disability and mortality among the elderly.1,2

While most doctors believe that immune decline is irreversible, traditional Chinese medicine has long used Reishi mushroom extracts to promote longevity and a vigorous immune system.

Now, remarkable scientific studies have found that the unique mix of compounds in this medicinal mushroom fights immuno-senescence and increases life span.3-5

The impressive results of a 2011 animal study suggest that Reishi may, by restoring youthful immune strength and balance, add as many as 7 to 16 years to the human life span!4

As we age, our immune system’s protective function dramatically declines, reducing our ability to fight off disease and infection. This process—known as immunosenescence—also causes a marked acceleration of the aging process itself!

Immunosenescence is an insidious culprit that enables cancer, infection, and chronic inflammation to take possession of our maturing bodies.6-9

Together, these three Reishi components achieve the dual goals of promoting healthy immune responses against viral, bacterial, or fungal infections, while suppressing excessive or chronic inflammation that threatens long-term health.

Among its broad-spectrum immune-boosting effects are the following:

Clinical studies support a role for Reishi in calming both asthma and allergic responses.29 In autoimmune diseases such as rheumatoid arthritis and Sjogren’s Syndrome, Reishi extracts are showing promise in laboratory studies.30,31

During the explosive phase of immune system growth from early childhood through adolescence, your body created multiple layers of defense, from antibody-producing B lymphocytes to inflammation-generating T lymphocytes and “killer” cells that attacked both microbes and potential cancer cells with equal vigor.90

At the same time, you grew a population of “suppressor” lymphocytes that quashed the inflammatory immune response as soon as a credible threat had been eliminated, helping to avoid “collateral” damage to healthy tissue.91

As a result, your immune system was in balance. You responded briskly to vaccinations. And if you’d had chicken pox as a child, for example, the still-living viruses were sequestered in your nerve cells, unable to emerge without being promptly destroyed.92

With aging, however, comes immunosenescence, the gradual fading of that delicate balance and tight control.6,7 For instance, aging individuals don’t make antibodies, lymphocytes, or killer cells in youthful abundance.93

No one yet understands all the mechanisms behind immunosenescence, but oxidative damage is among the main suspects.7,8 With loss of an appropriate response to a threat, you become susceptible to infections and cancers.91,93-95 Vaccines don’t “take” as readily.11,17-20 And if you had chicken pox in childhood, the latent virus reemerges to cause the painful and unsightly rash of shingles.92,96,97 Many immunologists see shingles as a classic illustration of immunosenescence.98

But loss of normal immune function is only half of the immunosenescence story. Once the immune balance of youth has waned, you not only lose your ability to counteract real threats like infections and cancers, you also lose the strict control system that kept inflammation in check.91 The result is a growing exposure to chronic inflammatory factors that leaves you vulnerable to everything from heart disease and stroke to osteoporosis, lung disease such as COPD, diabetes, and autoimmune disease.99,100

Immunosenescence, then, accelerates aging and shortens your life in multifaceted ways.9,101,102 As noted by immunologist Marcello Pinti, “a functional immune system… is a fundamental step to avoid unsuccessful aging, thus reaching longevity in good health.”90

Reishi’s multi-pronged modulation of the immune system has tremendous implications in prevention and treatment of cancer.32 That’s because cancers typically develop ways to evade the immune system’s defenses, while at the same time receiving stimulus and reinforcement from chronic inflammation.

Since Reishi boosts the immune system’s ability to be on the lookout for cancer cells (this is called immunosurveillance by oncologists), while also reducing the inflammation that promotes cancers, the mushroom is a natural choice for defeating cancers before they gain traction.18,33-35 While large human studies have yet to be performed with Reishi, a stunning example of its potential effectiveness can be seen in the following case report.

A 47-year-old man was diagnosed with a large B-cell lymphoma in his stomach, following a biopsy in response to his complaint of abdominal pain.36 Eleven days later he underwent removal of his entire stomach, intended as a curative measure.

After the surgery when the pathologist examined the stomach, he found no evidence of the cancer. Instead, the cancer had been replaced by a dense layer of activated, healthy, normal T-lymphocytes — precisely the cells that, when activated, seek out and destroy cancer cells.

Only after this entirely unexpected finding did the doctors ask the man about supplements, and he then told them he’d taken large doses of Reishi for the five days following his diagnosis. The surgeons and pathologists hypothesized that the Reishi had stimulated the patient’s T-cells, which had destroyed and replaced the cancer.36

A single case report, of course, is not a large, controlled clinical trial, but the dramatic outcome here is entirely consistent with the predicted effects of Reishi as an immune system stimulant.

What You Need to Know 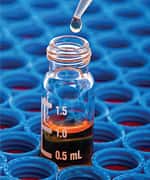 Laboratory and animal studies confirm that Reishi stimulates an appropriate anticancer immune response while quashing a cancer-promoting inflammatory one, and a few small human studies demonstrate that Reishi enhances immune function in patients with advanced cancers.37-39

Triterpenes from Reishi provide important anti-inflammatory effects that reduce the likelihood of a new cancer forming and that take away the inflammatory stimuli that promote early cancer development.28

These mechanisms, combined with their unique antioxidant characteristics, allow Reishi mushrooms to fight many different types of cancers, most notably those of the gastrointestinal tract (liver and colon), and reproductive system (breast and prostate).28,40-47 Reishi extracts have also proved useful in inducing cell death in various “white blood cell cancers” such as lymphoma, leukemia, and multiple myeloma cells.48

In each of these cancer types, Reishi mushroom extracts have been shown to prevent new tumors from arising, and in many cases to shrink existing tumors or pre-cancerous masses.49-52 These effects can be considered successful cancer prevention by immunosurveillance, because they may stop a tumor in its tracks before it ever reaches a detectable or dangerous size.49,50

Following a chicken pox infection, the virus (called varicella-zoster, or VZV) takes refuge in nerve cells. With the onset of immunosenescence, it’s only a matter of time until the virus can reemerge to trigger an attack of shingles.92,96 Here are some surprising figures about this classic illustration of immunosenescence at work:92

Reishi mushrooms’ immune-stimulating effects play directly into their ability to fight off both bacterial and viral infections.53 Both polysaccharide and triterpene components of the mushrooms contribute to this activity.54,55

Reishi extracts have been shown to inhibit growth of a number of bacterial germs, especially infections of the urinary and digestive tracts.56 They also enhance the activity of standard antibiotics in treating bacterial infections. Scientists evaluated combinations of Reishi with four different antibiotics, and found an additive effect in most cases. And true synergy (the effect of both exceeds the combined effects of either alone) was demonstrated with the combination of Reishi and cefazolin, a common antibiotic for surgical infections.56

But it’s in the realm of viral disease that Reishi mushrooms truly flex their muscles.57 In laboratory cell cultures, Reishi mushrooms stop or slow growth of influenza, HIV, hepatitis B, and many other viruses.57-59

Additional laboratory studies have shown that extracts from Reishi are especially effective against viruses in the herpes virus family, which include not only the well-known oral and genital herpes infections, but also the viruses that cause chickenpox and shingles, and the Epstein-Barr virus, a viral cause of certain lymphomas.54,60-62

In human studies, supplementation with Reishi dramatically shortens the time until symptomatic relief by more than 50% in people with oral or genital herpes, and in people with shingles, the excruciating adult sequel to childhood chickenpox infection.63,64 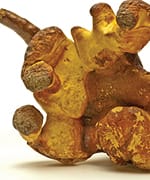 What they found was that Reishi enhances cellular immune systems and promotes protective antibody production (boosting a healthy immune response), while also decreasing the body’s load of inflammatory cytokines (suppressing a harmful immune response).4 In other words, Reishi fights immunosenescence and restores a healthy immune balance in older animals. It would be reasonable to predict that such an effect would combat most of the diseases that cause premature death, and thereby extend life.4

In fact, scientists have been interested in the longevity-promoting effect of Reishi for some time.4,5 To prove their theory, researchers initiated a 3-year study of Reishi extract in healthy middle-aged laboratory mice.4 The mice were randomly assigned to receive either regular mouse feed, or a feed mixed with one of several doses of Reishi mushroom extract.

After 88 weeks, a little more than halfway through the study, Reishi’s powerful effects were already apparent. The Reishi-supplemented group proved to live much longer.8

As the study progressed, the longevity advantage became increasingly obvious. When 10% of the mice in each group were still alive, the supplemented mice went on to live another 148 days.4 In human terms, that’s the equivalent of adding nearly 16 years of life span. Unlike some animal studies that use unrealistic doses for humans, this mouse study demonstrated extended life span and reduced risk of death using 175 mg/kg; that’s equivalent to about 1,050 mg in an average 75 kg (165 pound) human.4

This study provided a dramatic demonstration of how fighting immunosenescence can promote remarkable gains in life span.

Other Benefits of Immune System Boosting By Reishi Mushroom Extracts 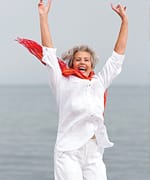 There isn’t room in a single article to go into the depth that Reishi’s multiple additional characteristics warrant. Look forward in the future to learning more details about at least these three areas in which Reishi’s reversal of immunosenescence plays a major role:

Loss of immune function through immunosenescence leaves us simultaneously vulnerable to infections and cancers, and also to the chronic inflammation that underlies other life-shortening illnesses.

The Reishi mushroom contains a trio of bioactive molecular families that fight immunosenescence, helping to restore both appropriate responses to infection and appropriate resolution of inflammation.

Reishi mushrooms can restore the vital immune balance you enjoyed in your youth, thus helping to slow aging processes. Should the results of animal studies on Reishi’s impact on aging prove out in humans, we can expect life extensions of perhaps 7 to as many as 16 years.

Reishi constituents’ fight against immunosenescence is aided in part by a unique mechanism that reverses age-accelerating oxidant stress. They target the signaling system called DAF-16 in primitive organisms, FOXO3 in humans.103 FOXO3 regulates the body’s response to oxidant stress, facilitating its beneficial effects and quelling it everywhere else.104,105 FOXO3 is critical in most of the disease states that shorten life span, including aging, cancer, diabetes, neurodegeneration, and immune system imbalance.104