Reishi Mushrooms The medicine Of Kings 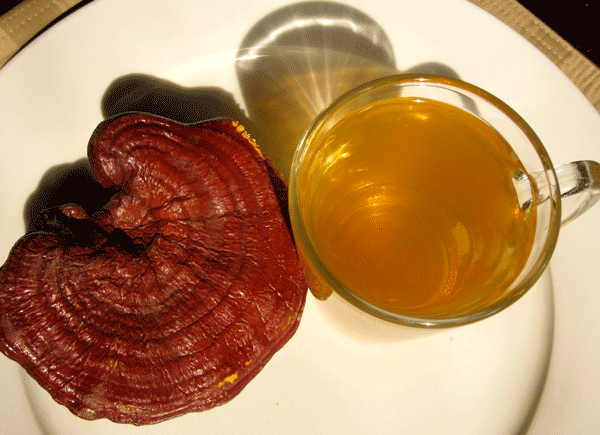 For over 2000 years Reishi mushrooms (Ganoderma lucidum) have been recognized by Chinese medical professionals as a valuable remedy. Its Chinese name Lingzhi, means “spiritual potency”. Reishi mushrooms are regarded by the Chinese as the “Medicine of Kings”. Dr. Shi-Jean Lee, the most famous Chinese medical doctor of the Ming Dynasty, strongly endorsed the effectiveness of Reishi in his famous book, Ban Chao Gang Moo (“Great Pharmacopoeia”). He stated that the “long-term taking of Reishi (Lingzhi) will build a strong, healthy body and assure a long life.”(2)

A Mushroom for the Nerves
Reishi mushrooms have been traditionally recommended by Chinese and Japanese herbalists for insomnia due to their “sleep-promoting factor”.(1) Long-term use causes a significant promotion of slow wave sleep1. Reishi mushrooms are prescribed in China for a number of psychiatric and neurological afflictions, including diseases involving the muscles, anorexia, and debility following lengthy illnesses.(3)

In Japan, the dried “mycelium” of Reishi the root-like body that produces mushrooms has been found to be highly effective in the treatment of neuroses caused by “environmental stress”.(1) In addition, in an eight-month study of Alzheimer’s disease, patients taking a Reishi mycelium product demonstrated significant improvement.

In China, Reishi is used for its muscle relaxing and analgesic (pain-inhibiting) effects. In one study, Reishi alleviated anxiety in 18 of 20 patients after four months’ use. It was concluded that the mushroom has an essentially “calmative function”, but is neither a narcotic nor a hypnotic.

Reishi as a Cardiotonic
For centuries, Reishi has been known as a cardiotonic herb. It was prescribed routinely to those with a “knotted and tight chest” symptoms consistent with both stress and/or coronary artery disease-related angina. Researchers in China found that Reishi improved the blood flow and lowered oxygen consumption in the heart muscle.(3) Similar results were also found by Japanese scientists.(1,4 ) They found that Reishi contains ganoderic acids (which belong to a group of natural substances called “triterpenes”) which lower high blood pressure, lower cholesterol, and inhibit platelet aggregation (the clumping together of blood cells), which can lead to heart attacks and other circulation problems. In fact, Reishi’s triterpenes are so important that in Japan they are used to determine Reishi’s quality and authenticity.

In a six-month clinical trial performed in a university hospital in Tokyo, nearly half (47.5%) of 53 hypertensive patients lowered their blood pressure by 10-19 mmHg, and 10% of the subjects dropped their pressures 20-29 mmHg (both systolic and diastolic readings) after taking Reishi extract.1 Similar results were observed in a Chinese clinical trial without any side-effects.(1) Another large Reishi study in China found that low density lipoprotein (LDL the harmful cholesterol) levels dropped in 68% of 90 patients following only one to four months of Reishi use.

Recently, Russian scientists have taken an interest in Reishi. They found that in addition to all the cardiovascular benefits mentioned above, Reishi showed a significant preventive and therapeutic action against plaque build-up (“plaque” is a fatty goo which is comprised of a combination of oxidized cholesterol, calcium, and degenerated white blood cells [“foam cells”]. It is deposited on the walls of arteries which restricts blood flow by narrowing the passage within arteries resulting in atherosclerosis).

Reishi in Cancer Research
Studies of Reishi in cancer research have been largely conducted in Japan, where Reishi mushrooms  were scientifically proven to have an anti-tumor effect. This research has continued in Korea, Japan, and China.

An example of Reishi’s cancer-fighting potential occurred in the summer of 1986. A 39 -year old Japanese woman approached Dr. Fukumi Morishige, M.D., Ph.D, a renowned Japanese surgeon and a member of the Linus Pauling Institute of Science and Medicine, for help in treating her lung cancer. It was a complicated case, and she had been refused an operation by several hospitals. Hopeless, she returned home where she found her husband had collected Reishi in the forests. He boiled the mushroom and gave it to her to drink as a tea.

While this was going on, she begged Dr. Morishige to do something for her cancer, regardless of its very advanced stage. From what was evident six months earlier, Morishige was surprised when he found no increase in swelling. Then he looked at her X-rays. Something wasn’t right: her tumor showed as only a trace on the X-ray. When she told him she had been drinking Reishi tea, Morishige operated with great curiosity. He was “astonished” to find only scar tissue, and although cancerous cells remained, they were now benign.

That was the impetus for Dr. Morishige to begin his studies of Reishi as a treatment for cancer especially cases given up as hopeless. Dr. Morishige now believes that Reishi is also an effective cancer preventive. The active anti-cancer constituents in Reishi are called Beta-D-glucan. Beta-D-glucan is a polysaccharide basically a huge sugar molecule made up of many little sugar molecules chained together bound to amino acids. These intricate sugars stimulate or modulate the immune system by activating immune cells such as macrophage and helper T-cells, as well as increase the immunoglobin levels (immunoglobins are specific types of antibodies) to produce a heightened response to foreign cells, whether bacteria, viruses, or tumor cells.

One interesting and important finding by Dr. Morishige was that the effectiveness of Reishi could be increased by combining it with high doses of vitamin C. Polysaccharides are huge molecules absorbed by the body with difficulty. Vitamin C helps to break down these huge molecules to much smaller molecules called oligoglucan, which can be easily absorbed. Vitamin C thus increases the bioavailablity of Reishi, and therefore, synergistically increases Reishi’s immune-stimulating and anti-cancer effects.

Anti-Allergic /Anti-Inflammatory Actions
During the 1970s and 1980s, Reishi’s anti-allergy action became the subject of ongoing research in both China and Japan. Studies showed that Reishi extract significantly inhibited all four types of allergic reactions, including positive effects against asthma and contact dermatitis. In 1990, researchers at the University of Texas Health Science Center in San Antonio found that Reishi could be effectively used in treating stiff necks, stiff shoulders, conjunctivitis (inflammation of the fine membrane lining the eye and eyelids), bronchitis, rheumatism, and improving “competence” of the immune system without any significant side-effects.(6)

Healing the Liver
Reishi is commonly prescribed in China for the treatment of chronic hepatitis. In treatments lasting 2 to 15 weeks, the overall rate of efficiency was 70.7 to 98.0%.(4) In Japan, Reishi extract has been reported to be effective in treating patients with liver failure.(1) In animal studies of mice with carbon tetrachloride-induced hepatitis, the extent of liver damage was significantly inhibited by continuous dosing with Reishi tincture, and the regeneration of the liver was promoted.(7)

Recent Applications
As the “Medicine of Kings”, Reishi is widely used for different purposes. It is used for symptomatic relief of arthritis and of menopausal anxiety. It is also used in treating allergic asthma, hypertension, hypothyroidism, bronchitis, insomnia, general anxiety and stress, and cardiovascular problems. Reishi also is often the main ingredient in herbal formulas for immune dysfunction syndromes, such as Chronic Fatigue Syndrome.

Dosage
Chinese medical texts traditionally call for using 1.5 to 9 grams of dry mushroom per day which approximates to 150 to 900 mg of concentrated Reishi extract.(1) For serious problems like cancer, Dr. Morishige adjusted the dosage from 2 to 10 grams of Reishi extract per day.(1,5)