Reishi And Cordyceps Enable You Train Harder And Recover Faster

Reishi and Cordyceps enable you to train harder and recover faster than a placebo a new study from Italy has shown. The study was carried out in 2014 on a group of amateur male cyclists.

Many people who I talk to about Reishi and Cordyceps as well as other medicinal mushrooms always, and rightly so, like to hear how western science evaluates some of the many health claims attributed to them.

And by giving you some scientific evidence I hope to show you that many of the amazing health claims about medicinal mushrooms are not just ancient hear say and health mumbo jumbo that was just passed on through the ages, but do in fact have evidence backed up by science today.

The subjects of the study were instructed not to change their lifestyle during the trial, including exercise, diet, and other routine activities, and not to take any other medicinal herbs or drugs. They were also instructed to report any adverse events to the investigators during the trial: none occurred.

Below is the study in a some what shortened form as the entire paper is quite long and hard to assimilate quickly and as we live in a fast paced world I appreciate not everyone has the time to read pages and pages of a scientific study.

Fatigue and underperformance are common in athletes and can affect more than 65% at the peak of their career. The European College of Sport Science has defined these symptoms as nonfunctional overreaching (NFO) and the overtraining syndrome (OTS) [1–3]. 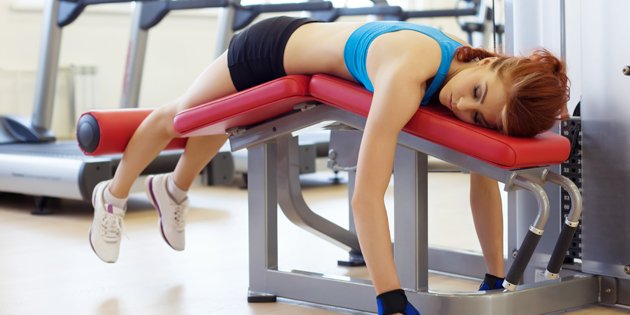 Athletes increase their training load in order to improve their performance. However, a maladapted response to excessive exercise, without adequate rest, can lead to nonfunctional performance, such as a discrepancy between the stress incurred during training or competing and the athlete’s ability to recover after exercise.

NFO is a performance decrement that requires 72 hours of recovery, while OTS is a performance decrement that requires days or weeks of recovery after maximal physical exercise [1–3]. It is clinically difficult to differentiate between NFO and OTS as the difference is based on the time it takes for athletes to recover and not necessarily on the degree or type of symptoms.

Thus, a period of complete rest is often required before it is possible to diagnose one syndrome or the other.

How To Test For Over training?

One of the indices that is used to evaluate the stress induced by physical exercise is the ratio between the levels of testosterone and cortisol (T/C), both in basal conditions and after exercise.

To assess the training condition of the athletes, according to the hypothalamic hypothesis, we evaluated the T/C ratio before and after race: an increase in the after race value of more than 30% compared to the before race value was considered a risk factor for overtraining.

Subjects were provided with either two commercially available capsules, one of which contained a formulation of Cordyceps sinensis and the other a formulation of Ganoderma lucidum, or with placebo capsules that were identical in shape and colour.

The first phase of the trial protocol consisted of a month of placebo capsule intake as specified above. At the end of this phase, the athletes participated in the first bicycle race.

We evaluated the testosterone/cortisol ratio in athletes at risk of overtraining, just before and just after the races in both the placebo phase and after 3 months of fungal supplementation (Figure 3(c)). After 3 months of fungal supplementation, the ratio values of the two athletes increased both before race (1.24 versus 0.66, values multiplied by 100) and after race (ratio 1.13 versus 0.2, values multiplied by 100). 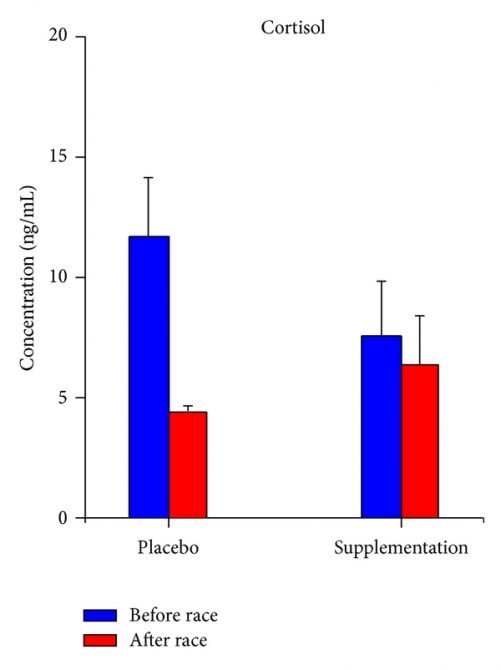 We can therefore conclude that a 3-month period of O. sinensis and G. lucidum dietary supplementation may protect endurance athletes from nonfunctional overreaching/overtraining.

An interesting future development of this research would be to analyze inflammatory parameters in order to understand the role fungal supplementation plays on the immune system.

The study should continue to select standardized fungal dietary supplements, but it should be expanded to include a larger number of endurance athletes, due to the variability in their athletic condition.

Visit The Store And Boost Your Health Today!