How are medicinal mushrooms used in health research? 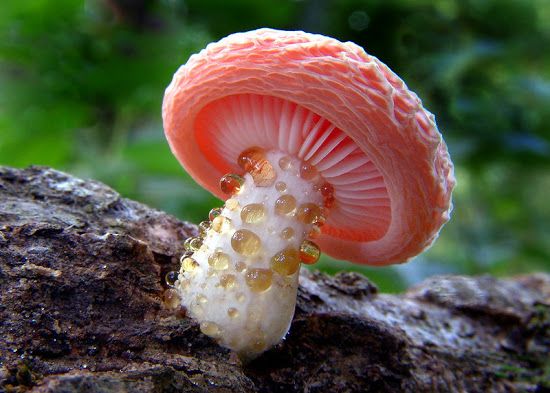 Later, a UC Davis study on shiitake mushrooms and soy noted that “men on “watchful waiting” for prostate cancer may be eligible to participate in a UC Davis Cancer Center study of a food extract that could help prevent disease progression.”

The extract is genistein concentrated polysaccharide, or GCP. Derived from soybeans and shiitake mushrooms, GCP is used as a complementary prostate cancer therapy in Japan, Korea and other Asian countries. A preliminary study of GCP at UC Davis Cancer Center a few years ago found the supplement reduced prostate-specific antigen (PSA) levels in a small number of “watchful waiting” patients.

In the UC Davis studies, researchers looked the rising PSA levels in prostate cancer patients that can be a signal of disease progression, while falling levels can signal remission. Watchful waiting is recommended for some small prostate cancers that cause no symptoms, are expected to grow very slowly, and are contained within one area of the prostate.

Back in 2010, UC Davis, the Western Human Nutrition Research Center, and the USDA conducted studies with mushrooms regarding health benefits. Check out some of the mushroom studies described at the site, “Western Human Nutrition Research Center: Nutrition studies,” for more information. UC Davis also did a study where participants in the study ate mushrooms treated with ultra violet light. See, Eating Mushrooms treated with Ultra Violet Light Study on the Vitamin D2 content of the Mushrooms.

There also was another study to find out whether mushrooms treated with ultra-violet light would have an effect on your vitamin D Levels. Check out the site, “USDA, ARS Western Human Nutrition Research Center.” Or see, “Eating Mushrooms treated with Ultra Violet Light Study on the Vitamin D2 content of the Mushrooms.”

Will mushrooms treated with ultra-violet light affect your vitamin D?

Researchers in that study wanted to learn whether mushrooms treated with UV light to increase the mushroom’s vitamin D2 content are actually a good source of vitamin D when consumed daily with a meal. If you want to participate in the eating mushrooms with a meal study, check out the USDA website for the mushroom study. The name of that study is “Effects of Consumption of Post Harvest UV-B Treated Mushrooms on Vitamin D Status of Healthy Adults.”

Do mushrooms have any affect on tumors, scientists ask?

Should you grow your own specialized mushrooms if you can’t find commercial extracts that contain the ingredients you want? Or are mushroom extracts different from eating whole cooked mushrooms because the extracts use many more mushrooms that eating a few? What safety precautions do you need to take with mushrooms that should be cooked?

According to Disease and Health , the article, Maitake Mushroom, by Ken Babal, CN, notes that, “recent research indicates that it may be the most potent of all mushroom-derived medicines in terms of its anti-tumor and immune-enhancing activity.” The article also states that, “In one animal experiment, maitake was able to shrink tumors better than other mushroom-derivatives, including the all-time best-selling cancer drug sold in Europe and Asia.”

The article doesn’t have a footnote on the site citing where readers could find a published abstract at least of that animal experiment and the date to refer to online or in a medical/scientific journal. However, looking at other resources on maitake mushrooms, patients usually take maitake D-fraction as dried mushroom extract in capsule or pill form along with multiple vitamins and minerals. For further information see Source: alive #217, November 2000.

According to the Mushrooms and Medicine site, certain mushrooms have various antiviral and antibacterial compounds in addition to their tumor-shrinking abilities. The US National Institutes of Health a few years ago funded the screening of mushrooms for agents to fight various viruses.

See the study on the effects of white button mushroom extracts on breast cancer survivor patients at ClinicalTrials.gov and also the study on the effects of genistein combined with polysaccharide (GCP) on prostate cancer patients. The product tested on the prostate cancer patients is derived from adding soy powder to shiitake mushrooms. The ClinicalTrials.gov site is a service of the US National Institutes of Health.

Scientists look at mushrooms and cancer

Some concentrated mixtures of mushroom extracts are currently being sold in Japan and the United States and are thought to possibly contain properties that may be useful in treating certain types of cancer. Some studies are ongoing and others have been completed. See the Clincal Trials.gov site for links to see what’s happening with various US National studies.

What mushrooms are used to shrink tumors because those mushrooms have stood up to tests of their anti-tumor activity? Certain mushrooms contain a polysaccharide, or carbohydrate, called beta glucan. What do you look for in a mushroom extract that you want to use both for anti-viral purposes and to help shrink tumors?

According to “The Doctor Is In” column (Questions and Answers) by Melinda Ring, MD, medical director at the Center for Integrative Medicine and Wellness at Northwestern Memorial Hospital in Chicago, published in the April 2009 issue of Natural Solutions magazine, the answer to the question “What are the three most important supplements in your medicine cabinet?”

Regarding mushroom extract, the answer reads: “Look for a formula that combines the immune-boosting and anti-cancer properties of reishi mushrooms, the blood-sugar balancing and cancer-fighting properties of the maitake mushrooms, and the cholesterol-lowering abilities of the shittakes.“

The answer also mentions the product, Fungi Perfecti. Other items considered important supplements in the doctor’s medicine cabinet published in the column were vitamin D3 and fish oil.

The polysaccarides in beta glucan activate your immune system’s macrophages in your bloodstream to shrink and destroy tumors. See the Journal of Agricultural and Food Chemistry article, Antioxidant Properties of Several Medicinal Mushrooms . Also read the PDF file article, “The Possible Benefits of Mycocyclin ® (from the Allergy Research Group®).

These mushrooms come straight out of ancient Chinese medicine and are still used in traditional Chinese medicine to support the immune system. What’s in the mushroom extract liquid are bioflavonoids, essential fatty acids, minerals, vitamins and for immune support, active constituent Beta-1,3-Glucan to increase the white blood cell count and stimulate the immune system.

Occasionally, the site notes that, “an allergic reaction such as a skin rash may occur that subsides with discontinued use.” The MycoStat™ site also reports, “Along with polysaccharides, mushrooms also contain selenium and antioxidants, all of which stimulate immune function.”

Since mushrooms tend to accumulate aluminum which occurs naturally in soils, it is best to purchase them through reputable dealers. The MycoStat site claims to address this issue in the process of their liquid product.

Six mushrooms are combined in the liquid extract. Also shiitake mushrooms increase the production of macrophages and also promote the production and utilization of Vitamin D. The tumor-shrinking ability of mushrooms partly lies in their polysaccharides.

Just what do polysaccharides do? In the shiitake mushroom, the polysaccharide KS-2, lentinan extract supports the immune system by also using a polypentose, called Ac2P. When KS-2 and Ac2P work together, they may destroy viruses and also turn up your immune system.

Mushrooms as an interferon inducer being researched

Research is still being done because the six mushroom extract also is “an interferon inducer and increases the activity of the antioxidant superoxide dismutase.” By looking to Japan and China, scientists are investigating why in Japan, shiitake mushrooms are used to treat breast cancer. And in China, shiitake mushrooms are used to increase immunity to a wide variety of diseases. You can buy the liquid extract of six mushrooms online.

Types of mushrooms used in research

Shirokikurage (tremella fuciformis), also called White Jelly is a fungus containing large quantities of glucuronoxylomannan, an acidic polysaccharide. According to the MycoStat™ site, “dietary supplementation with this polysaccharide in crude form results in marked hypocholesterolemic effects (levels of cholesterol that are too low), probably attributable to suppression of intestinal cholesterol absorption.”

The reishi Mushroom (ganoderma lucidum) is used in traditional Chinese medicine and known as ling zhi, (herb of spiritual potency). Reishi is used medicinally in China because it’s bitter and not put in food very often. Those who eat it cook it a long time in soups. But reishi is used to calm anxiety, enhance sleep, and help indigestion. It is used for immune system support. Reishi also shrinks tumors according to clinical studies by increasing T-cell and alpha-interferon production.

Two or three generations ago science studied molds that are related to fungi and came up with penicillin. Interestingly, no actual drugs put on the market by big business are being made by the research, but the supplement industry selling over-the-counter or online mushroom extracts is booming.

Sales of immune-boosters like maitake or shiitake mushrooms or reishi and dordycepts are up as much as 300 percent, according to the Mushrooms and Medicine site, Also see the video online called Six Ways Mushrooms Can Save the World.

What researchers are actually studying when they look for mushrooms that shrink tumors is the D-fraction of maitake’s (and other mushroom’s) immune-potentiating properties. Read the clinical trials at the Aloha Medicinals site, showing the clinical manifestations of a mixture of six medicinal mushroom extracts as an adjunct therapy to improve the immune function of cancer patients undergoing other therapies. The Zhejiang Qingyuan Fungi Medicinal & Health Products Co., Ltd produced the experimental mixture used in that clinical trial.

This mixture was formulated and is marketed in the United States of America under the trade name Immune-Assist where it has shown good results in cancer treatment. This mixture includes “Alpha and Beta-Glucans and other polysaccharides,” extracted from the following well-known species of medicinal mushrooms. In addition to offering polysaccharide products for humans, Aloha medicinal also sell polysaccharide products extracted from mushrooms for pets to help dog cancer.