Feeling Stressed And Tired Most days? Help Your Body Adapt To Change And Discover The Power Of Natural Adaptogens

W ​hat country wouldn't want their citizens to be fit and healthy and functioning at the best of their ability? Well with a quick look at modern day health statistics and the rise of chronic illnesses such as heart disease, obesity, diabetes and high blood pressure one might be forgiven for thinking the answer to this question is no they don't! But there was a time and a place when things were different...

The Study Of Adaptogens In The West Starts In Russia

Adaptogens have had a very long historical use in the east with the medical use of Panax Ginseng arguably going back as far as 3000 years. The herb was certainly mentioned in the Classic Herbal Of Shenong written in around 100AD. But in the west adaptogens didn't get their time in the spotlight until much later. When Russia decided it was time that their elite personnel got some extra special attention.

In the late 1940s the former USSR assigned the Soviet Academy Of Science to begin ground breaking new research. They were told to develop a product that would increase the performance of Russia's finest men and women. These included athletes, military personnel, political officers, chess players and anyone else that would help Russia become a force to be reckoned within the eyes of the world. And with that idea in mind the study of substances to create the perfect performance tonic began. 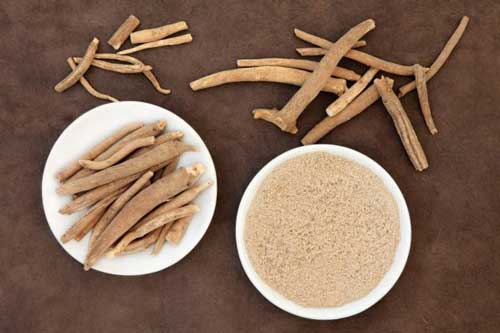 What Is An Adaptogen Any Way?

Today there are many herbs that can be described as adaptogens but what does this actually mean? Well the term was originally created by the Russian scientist and medical doctor Nikolai V. Lazarev to describe a specific function. When an organism is under attack from either physical, biological or chemical stressors, the adaptogen will raise the organisms ability to respond. And thus reduce the stress and carry on as if nothing had happened.

When Lazarev had started his study of adaptogens he was looking exclusively at synthetic substances. But his colleague Israel Brekhman turned the focus towards natural substances and together plants became their area of study. And what a wide ranging study it turned out to be.

Their primary focus began with Asian Panax Ginseng, the classic Chinese herb for longevity, as they were convinced of its adaptogenic abilities. But due to Panax Ginsengs high cost and the fact it didn't grow in Russia Brekhman turned his attention to another plant family called Araliaceae.

The change in focus was not without success. And in 1959 Brekhman discovered Eleutherococcus Senticous or as its known these days Siberian Ginseng. He found that Eleuthero (for short) had a long list of benefits that even Asian Ginseng could not boast of!

What Brekhman found was that not only was Siberian Ginseng/Eleuthero much cheaper to buy, more commonly found and easier to harvest. It would also work for larger proportions of the people in his ongoing studies, a very desirable trait indeed.

Eleuthero also scored very highly on Brekhman's and Dardymov's list of criteria for an adaptogen. The most important being Siberian Ginsengs ability to modulate stress and improve performance under a wide array of trying conditions.

Further studies carried out on Eleuthero and the subsequent papers and books on the subject would make Siberian Ginseng very popular indeed in Russia. It went from not even being recorded in Russian folk medicinal texts, to being used by over 3 million Russians regularly by 1976! Thanks has to go to Brekhman's and Lazarev's initial pioneering research into adaptogens.

So Should We All Take Adaptogens?

With the ongoing rise of stress in the western world, due to the ever increasing speed of living and the massive influx of information we have to deal with. Now add to this the change from lives lived moving out doors in nature to a sedentary one behind a desk. The human body is now having to adapt to situations and changes that it was never really designed for. 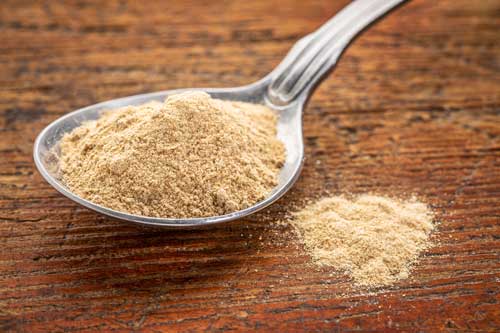 So if there is a plant a mushroom or even a breathing technique that will reduce some of your stress and give your body a helping hand to stay healthy, then surely we should utilize it shouldn't we?

With health care systems around the world breaking under pressure, whether due to lack of money or large increases in chronic diseases we at Vitalherbs believe it is now up to us to keep our bodies healthy and fit. We should also relearn lost knowledge in regards to both herbs and plants, especially those that can prevent diseases and heal the human body. In the future we might need all the help we can get!

IF YOU FOUND THIS ARTICLE HELPFUL SHARE AND HELP OTHERS!