Reishi Alters Gut Bacteria And Flora For The Better

Mushrooms could hold the key to combating obesity, scientists say after they discovered a strain of fungi can trigger weight loss.

Commonly referred to as reishi, ganoderma lucidum is a bitter, hard mushroom that is used in Chinese medicine to enhance longevity and boost health.

Users claim the fungi, which is only for medicinal use and cannot be eaten, can heal and fight allergies, alters gut bacteria and fight liver disease, lung problems, diabetes, cancer, and heart disease. 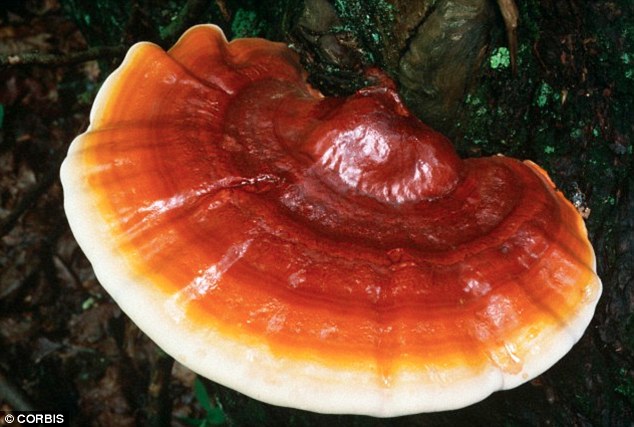 The gandoderma lucidum, commonly known as reishi, (pictured) has been used in Chinese medicine for centuries, to prolong life and boost health. Now researchers in Taiwan found it reduces body weight in mice

Researchers at the Chang Gung University in Taiwan hope ganoderma lucidum could provide the basis for a new obesity treatment.

They conclude: ‘Our study shows that G.lucidum mycelium prevents dietary-induced obesity and alleviates inflammation by modulating the composition of the gut microbiota it alters gut bacteria while still maintaining intestinal barrier integrity.’

To further study the ‘intriguing’ fungi, which has been ‘used for centuries to promote health and longevity’, researchers gave an extract of the mushroom to mice fed a high-fat diet.

They discovered that those mice fed a high-fat diet reached 42g after the first two months of the experiment.

That compared with those mice fed a high-fat diet in addition to a high dose of the mushroom, who weighed 35g two months into the study.

The researchers noted those mice fed a normal diet, were still found to be much slimmer.

They note the mushroom extract ‘may be used as pre-biotics to reduce body weight gain, chronic inflammation and insulin resistance (type 2 diabetes) in obese individuals’.

The scientists discovered the mushroom alters gut bacteria, bringing about the health benefits.

A past study has found gut microbiota – the trillions of bacteria in the gut that regulate nutrient and energy levels – are associated with obesity.

The researchers added: ‘Our observations that (the mushroom extract) produces significant changes in the gut microbiota and the anti-obesity effects (of the extract) are transferable through faecal transplantation support the concept that obesity is associated with an altered gut microbiota.’ 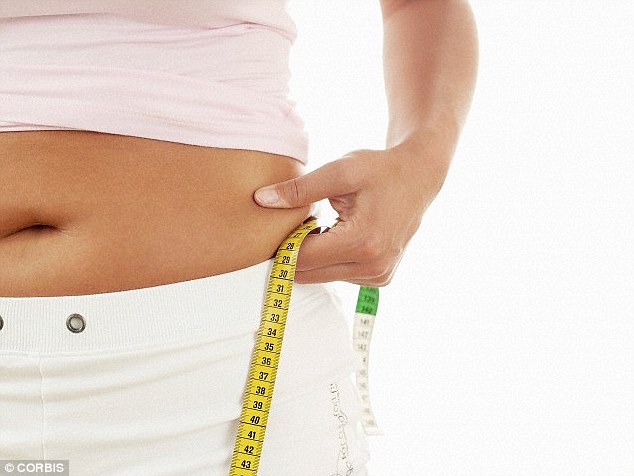 Professor Colin Hill, a microbiologist at University College Cork in Ireland, told the BBC: ‘I like the idea of some of these Chinese medicine stories coming back into science, I love the idea of revisiting traditional medicines.

‘The microbiome is certainly a key player in weight gain and weight loss, it’s certainly involved in extracting energy from our food.

‘But no intervention will overcome someone drinking lots of fizzy drinks, there won’t be a magic pill, no mushroom extract in a can of coke will help people lose weight.’

The high prevalence of obesity is currently deemed a major threat to public health, with 500 million obese people and 1.4 billion overweight individuals across the globe.