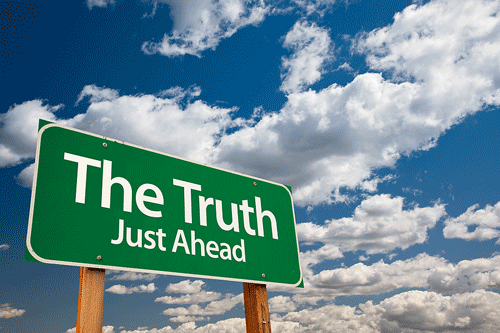 The difference between Cordyceps ‘Militaris’ and the inferior Cs-4 Paecilomyces (Fungi).

“Browsing through the supplements at your local GNC, or searching online for relief from stress and fatigue, you might feel a little overwhelmed by the numerous choices.

Many Cordyceps supplements advertise the ability to help reduce fatigue, boost immunity, promote vitality, and increase energy levels. Product descriptions focus on the miraculous effect of the Cordyceps fungus, and how this mystical mushroom has been used for thousands of years by Ancient Chinese and Tibetan doctors to treat a plethora of ailments ranging from kidney and liver disease to sexual impotency and fatigue.

Purveyors of products containing Cordyceps list stories of their historical use, and how these miraculous mushrooms were more recently used by the Chinese track and field team when they broke nine world records during the 2003 Track and Field World Championship in Germany.

However what these brands rarely, if ever, reveal to you is the authenticity of the Cordyceps species that they use in their formulations.

If you take a closer look at their labels, you may notice that most of these products are labeled “Cordyceps Cs-4.” That may not mean much of anything to you right now, but this is something you need to pay attention to.

What many companies fail to tell you is that Cs-4 is actually not genuine Cordyceps sinesis. Cs-4 has recently been confirmed scientifically to be a different species from the true Cordyceps species used traditionally in Chinese medicine. If you’re buying a product that contains Cs-4, you are not, in fact, getting thousands of year’s worth of herbal knowledge bundled into a convenient, easy to swallow pill.

The true species of Cordyceps is known as Cordyceps sinensis. So you must be wondering why many well known brands are calling it by another name, Cs-4?

Once thought to be the same Cordyceps species that was used thousands of years ago, new discoveries have revealed that Cs-4 is a contaminant and instead belongs to a group of fungi called Paecilomyces.

Rather than labeling their products to reflect the true scientific name, companies continue to misrepresent their Cs-4 supplements as Cordyceps sinensis. This is done because they want you, the consumer, to make an automatic association between their pill and the much talked about Ancient remedy with thousands of years of use under its belt.

Due to this continuous mislabelling over the years, Cordyceps sinensis is now unfortunately regularly interchanged with Cs-4.

Many of these companies have dedicated research teams that know they are not using true Cordyceps, but they also know that by changing their labels to reflect their true ingredients, you might look at their product very differently and would be less likely to buy it.

You may now be asking yourselves how you are supposed to know whether the supplement you are taking is authentic?

After decades of controversy, scientists have confirmed that Cordyceps sinensis is the true species of Cordyceps used in Traditional Chinese Medicine. In recent years, the Chinese government has even gone as far as to officially recognize Cordyceps sinensis as the true Cordyceps species and has officially documented this recognition in The Chinese Pharmacopia, which is considered the bible of herbs and fungi used in Traditional Chinese Medicine.

Although this announcement has caused quite a stir in the Asian health supplement market, it has been largely overlooked in the U.S., where mushroom supplements are only just beginning to gain popularity.

While many U.S. supplement companies continue to misrepresent their Cs-4 products as the true species of Cordyceps sinensis and therefore reap the benefits of its popularity, other companies are flat out refusing to switch to the authentic species.

Why continue to use the wrong species, even if you know it’s the wrong species? This is probably due to the fact that the true species, sinensis, is much more difficult, time consuming, and expensive to cultivate. It requires very stringent growing conditions and is therefore a more precious commodity than the fake Cs-4.

As you can probably guess, Cs-4 is relatively easy and cheap to grow and sustain, and therefore many manufacturers continue to buy it in large quantities. This means that companies can switch to sinensis, but it will cost them in terms of both time and money.

If you’re currently taking a Cs-4 supplement, keep in mind that Cs-4 is not genuine Cordyceps and should not be misrepresented as such.

We have to take the time to read the ingredients of any supplement that we are considering purchasing, and see for ourselves how the product presents their ingredients.

If they say they are using, “Cordyceps Cs-4,” then you know right away that they themselves are either ill-informed, or misrepresenting the Cordyceps name to get your attention.”